Several years ago when I began writing here, I was solely interested in penning religious pieces, as I am a devout and proud Roman Catholic. However, a lot of my readers ignored my work on religion and instead asked me questions about my past social interactions with various notorious individuals among the La Cosa Nostra (LCN), as well as questions about some of my relatives’ involvement in LCN.

Perhaps my approachable disposition made it easy for people to feel comfortable asking me questions. As some of you may recall, I spent time responding to messages. I hope to be able to continue doing so in the future. These distractions eventually caused the direction of my writings to move from religion to the Mafia. It was a strange transition, but oddly fitting, in that La Cosa Nostra’s structure and hierarchy is a perverse mirror of the Roman Catholic Church (barring the nuns, of course).

I certainly mean no disrespect intended to the Roman Catholic Church, especially the nuns.

I eventually began writing about my social experiences with La Cosa Nostra, which here in the Chicagoland area is also called the Outfit, Mob, or Mafia. 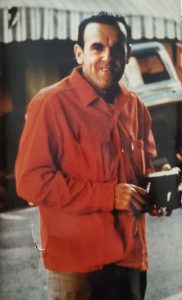 For those of you who are not already aware, my now late father was a man by the name of Armando Fosco, Sr. Born in 1922, he was called Mondo for short. My father, like me, had many close friends who were much older, and those men called him Mondie.

My dad was known in certain factions among Chicago’s Taylor Street neighborhood as a low-key tough guy. He built a reputation as a man that would help others and was by many accounts a reasonable person to deal with in an underworld fraught with psychopaths. But it is almost impossible to exist in that world without having a temper. When Armando’s buttons were pushed, he was a force to be reckoned with. His temper was more than sufficiently backed by his razor-sharp street fighting abilities, skills earned growing up in the financially-depressed Taylor Street community during the Great Depression in the 1920s and ‘30s. 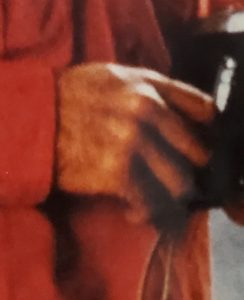 A Boxer’s Fracture. Typically inexperienced fighters break their fifth metacarpal (pinkie) in this way by punching incorrectly. A great deal of force would be required to break the second metacarpal (index finger) in this manner.

In 1943, Armando married Gloria Nappi, and he became the brother-in-law of Romie Nappi. Romie, born in 1920, was the younger brother of Ralph Nappi, the heir apparent (and family favorite) to his Uncle Tony Iorii’s racketeering enterprise. Tony Iorii was one of Al Capone’s most trusted capos. Al gave Tony most of the Northern Illinois territory and parts of Southern Wisconsin to control as far as La Cosa Nostra rackets would go (after prohibition these rackets were largely slot machine style gaming and novelty). Tony Iorii’s multistate rackets thrived from the days of Al Capone until 1951 when the United States Senate Special Committee called the Kefauver Commission assembled to investigate organized crime, which crossed state borders in the United States.

Ralph was murdered in the early 1940s. It was not a La Cosa Nostra hit, the young man died in a fluke saloon argument by an armed drunkard who practically shot him in the back. Soon after Ralph’s passing, Romie began to fill the void that his late brother’s absence caused in their Uncle Tony’s heart and mind.

We will no longer respond to comments left on the ANP site. Please leave all comments on our Facebook page.